An organization with a global dimension

Beyond the clear and manifested appreciation of professionals, the experience in international projects and the knowledge gained in other market, along with new working methods undoubtedly increases agap2IT's quality, capacity and competence. With the international growth achieved by agap2IT it was possible to allow mobility to the consultants of the organization, with the additional security and stability of the group, ensuring their integration and monitoring.

To submit your spontaneous application, click the link below.

The potential to create value for organizations is based on agap2IT, the approach developed with the consultant's human capability, promoting the proximity of relationships and their valuation in the organization. The challenge is not only to recruit the best consultants but to enable their true evolution, which allows us to have such ambitious goals. Investing in employee training serves as a guarantee of meeting the technological challenges. 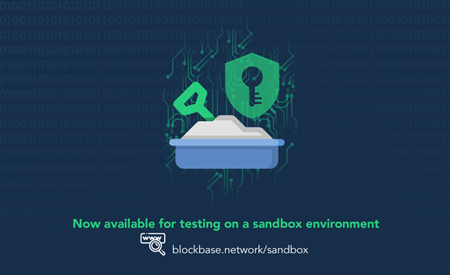 Platform for secure storage of databases on Blockchain, a service for companies and institutions that guarantees total security of their digital information. 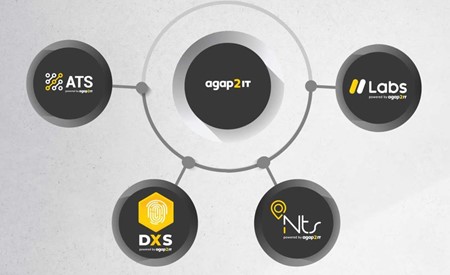 Agap2IT is developing the BlockBase platform, focused on secure data provisioning and supported by Blockchain technology. The solution, supported by the P2020 SI - R&DT funding program, is being worked out by the consultant's Innovation department.

agap2IT won 4th place among the Large Companies in the “Index of Excellence” study.

agap2IT launches FootballISM at event about the future of football

Agap2IT prepares to present FootballISM at “The Future of Football” event.

DXspark develops its work close to its clients, assisting them in their digital transformation.

Lisbon, March 4, 2020 - Faced with the growth of false information online, such as fake news, fake profiles, misleading statistics and artificially generated photographs, among many others, such as the increase in the number of compromised data by computer attacks involving their theft, sale, invention, concealed alteration, or destruction - 90% of which contain sensitive data -, it is becoming increasingly essential to look for alternatives to traditional database and information security systems. The BlockBase platform, based on Blockchain technology, solves these problems with an innovative and disruptive approach, which allows to guarantee the security and the truth of the data saved and shared by companies and institutions of any size or sector.

The Blockchain platform was built for the provision and security of any type and format of data and is being operated by an own team from the Labs area of ​​agap2IT, its Innovation department. The four-year project, which was supported by the Portugal 2020 SI - I&DT financing program (EU Funded), has evolved rapidly. In 2020, it started its testing phase and launched a Sandbox to show the advantages of the security system created. It is now reaching its beta stage.

BlockBase is based on EOS technology, the most advanced Blockchain worldwide, offering confidentiality, integrity and availability to users, with the ease of direct integration with traditional systems, adaptation to any business model and the possibility of scalability according to needs identified in the project.

As Ricardo Schiller Pinto, Head of Research and Development at agap2IT explains, “ensuring data security and truth is only possible with the use of Blockchain systems. Without these, all data can ultimately be manipulated, stolen or deleted, without being able to determine the responsibility of who did what and when. This is due to a problem resulting from the centralization of systems, the abuse of power, and the lack of reliable mechanisms that allow the constitution of evidence of the evolution of the data stored in these systems. Ensuring the security and truth of the data will be part of the systems of the future, which is why we have invested heavily in this technological area. BlockBase justified the financial support of the Portugal 2020 SI - I&DT Program, a fact that proves the relevance of the project and the experience of agap2IT in the creation of differentiating technology”.

The BlockBase platform is part of the agap2IT's investment in the R&D area, with the objective of creating solutions that position it at the forefront of technology, affirming its excellence before its partners and promoting entrepreneurship. The work carried out by the agap2IT team allows the development of truly innovative projects, which form the basis of an original offer.